An Act of Goodwill

Act of Goodwill: Worker Finds $46K Cash in Donation Bin and Returns It

A worker for Goodwill Industries discovers tens of thousands of dollars tucked away inside a tempura fryer. NBC 7 Responds was there when Goodwill workers surprised the owners with a hidden family treasure. 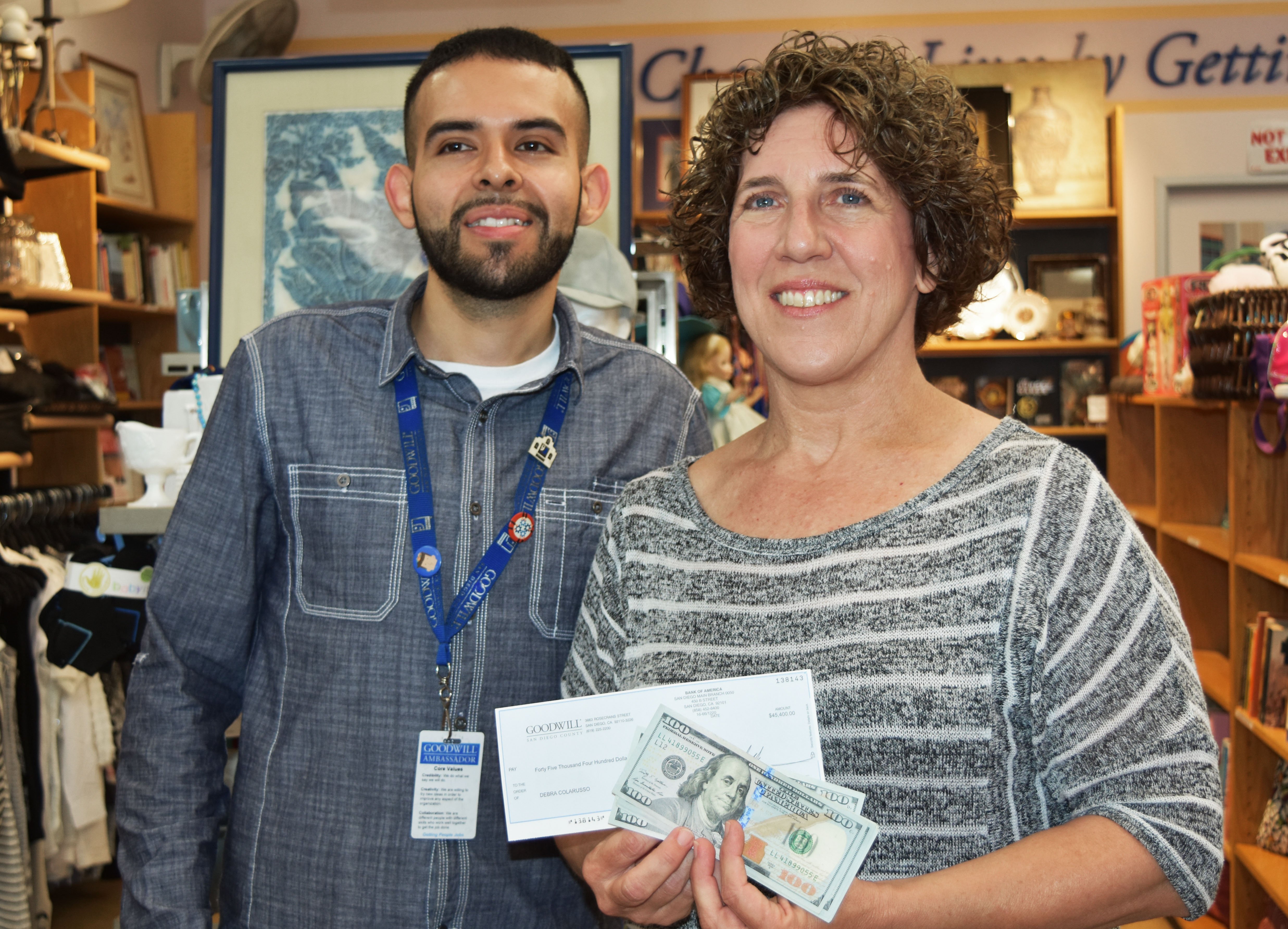 Jessee Diaz spends the majority of his day sorting through hundreds of boxes of donations at his job at Goodwill Industries in Del Cerro.

He also tests electronics and appliances to make sure they still work.

On August 25, just after 2:30 pm, Jessee was picking his way through a stack of donated goods when he came upon a tempura fryer. He emptied the fryer out so that he could test it to see if it still worked. It was then that he saw a large bundle of tin foil.

“I was about to throw it in the trash actually,” Jessee told NBC 7 Responds. “I thought it was just trash.”

But Jessee had second thoughts. He opened up the tin foil.

“That’s when I saw five envelopes inside the tin foil with tons of hundreds and fifties,” said Jessee.

Jessee took the wad of cash to his manager. Together they counted the money. Inside was $46,400.

The search for the donor had begun.

Goodwill staff scoured through the receipts from that day and found one that matched. Management then sped through video footage taken from the day of the donation. All they had to go on was the name on the receipt.

It took a week, but the staff at Goodwill found a name: Debra Colarusso.

They tracked down a number and called her to confirm she was the person that donated the tempura fryer.

Debra told workers there that the fryer and other items belonged to her 79-year-old mother-in-law Michiko. Michiko’s husband Lee had recently passed and Michiko was having issues with her memory. The family had decided to lighten Michiko’s load and donate some of her belongings.

Debra said her husband and his siblings knew their parents had stashed away money each week but had no idea where that would be, if it was still there at all.

Goodwill Industries CEO Toni Giffin and NBC 7’s Consumer Bob were at the Del Cerro store to meet with Debra and give her the unexpected surprise.

“I think you might have donated a little bit more than you anticipated,” Giffin told Debra.

Giffin then handed Debra one thousand dollars in cash.

“Oh, my goodness,” said Debra when she saw the cash. 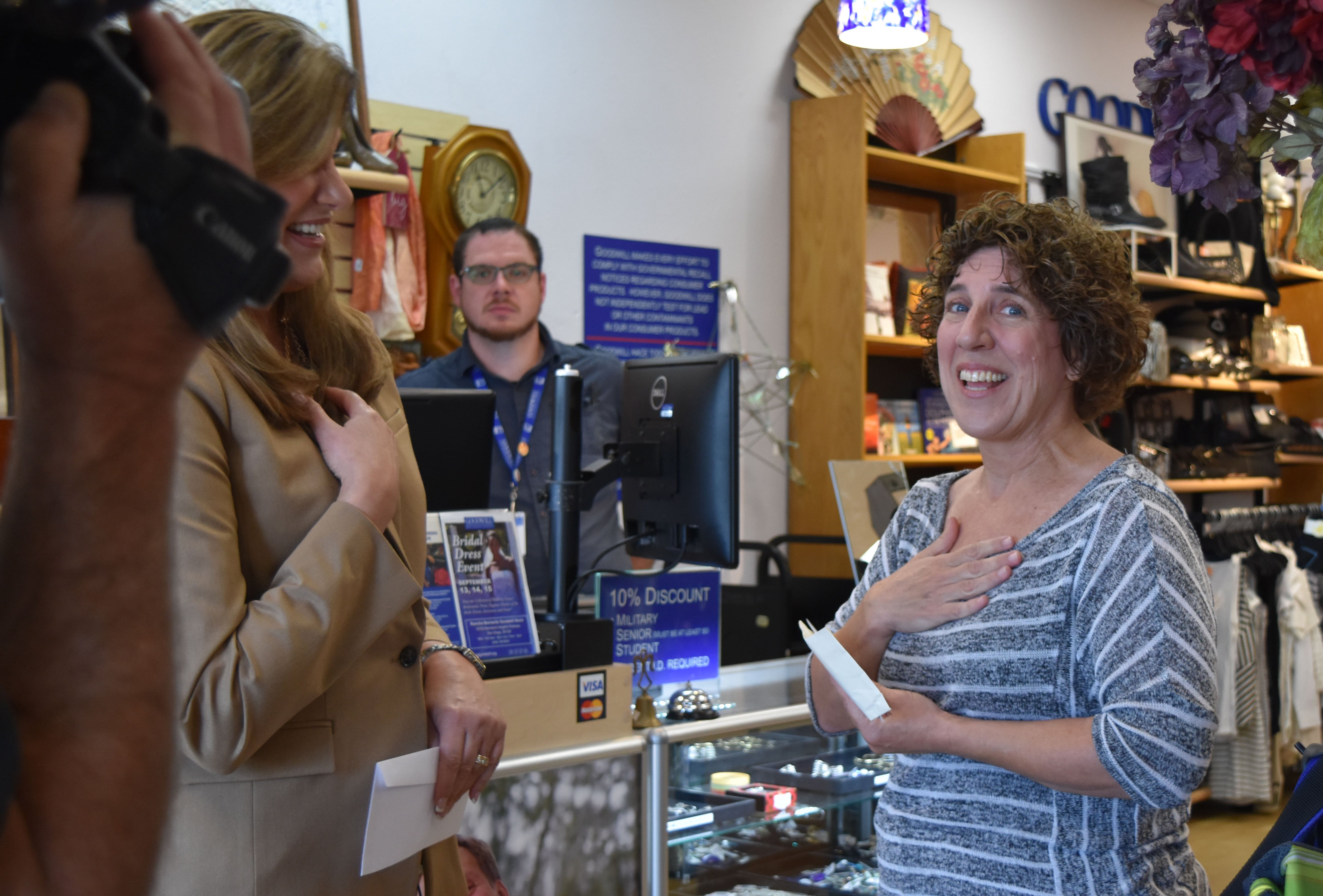 “It was their secret squirrel account,” she added. “When they got paid they would stash $100 into their secret account to save up for a rainy day.”

But that’s when Goodwill’s Giffin handed her an envelope. Inside was a check for the remaining $45,400. Goodwill Industries had deposited the cash to keep it safe.

Debra opened up the envelope.

Debra turned to Jessee Diaz who stood behind the counter while Giffin and others told her about the money.

“We would have had no knowledge of this if it hadn’t been for you,” she said facing Jessee. “I don’t know what to say. Thank you so much.”

Jessee looked at her and said, “You’re welcome.” 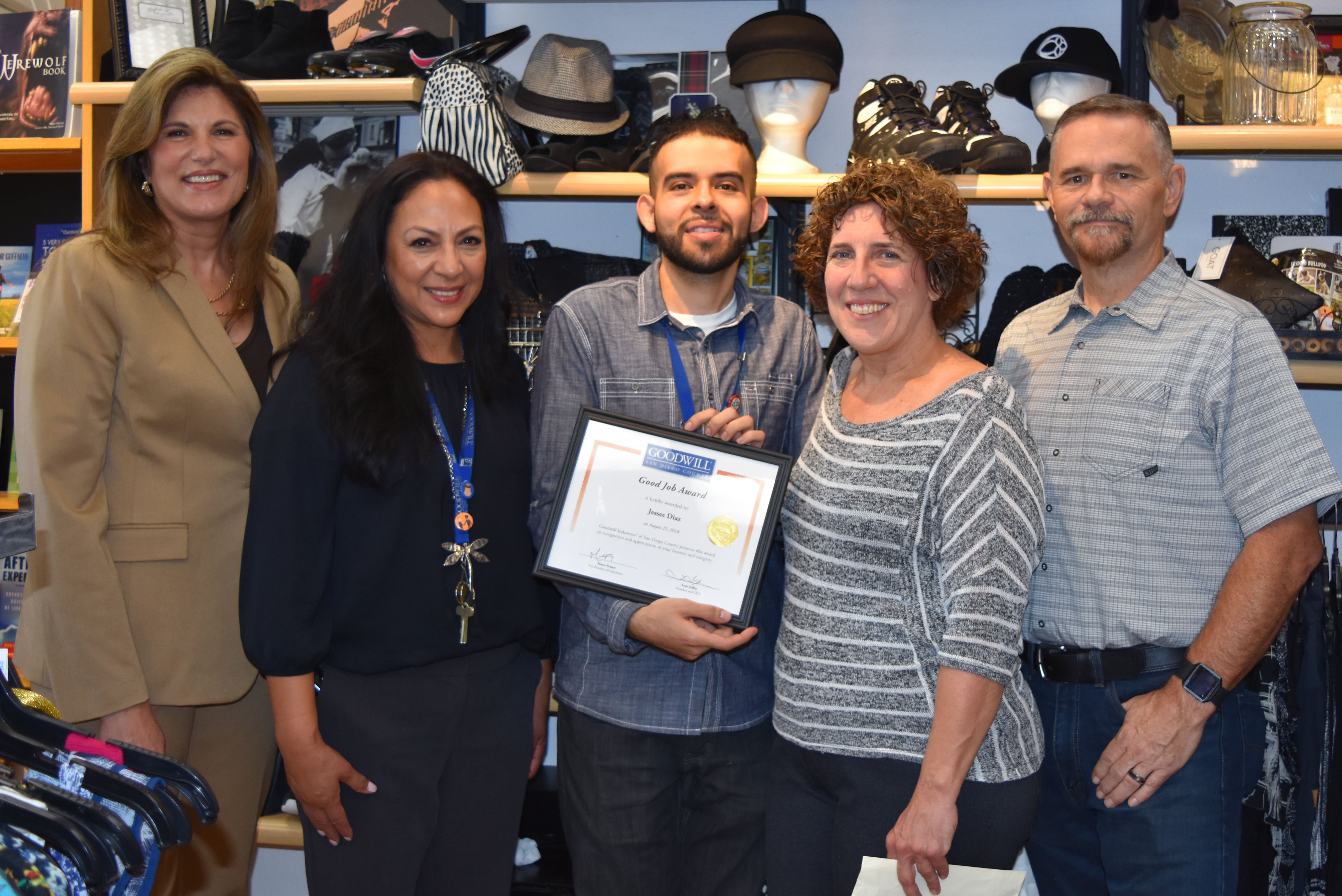