Does Your Stuff Really Get A Second Life When You Give It To Goodwill? 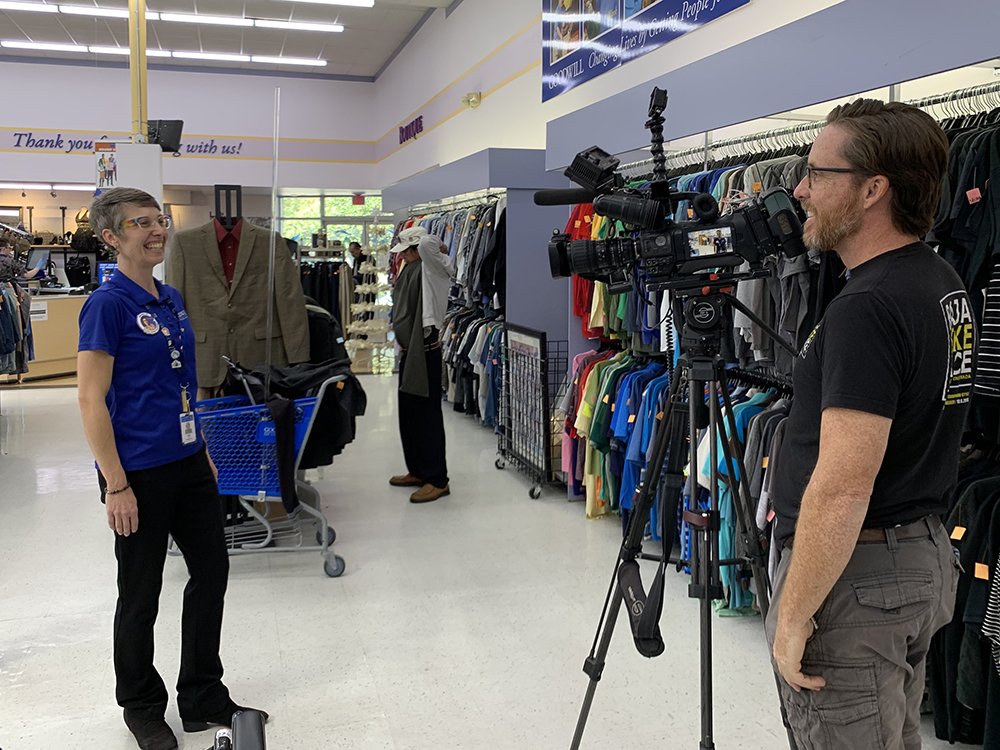 The holidays are the busiest time of the year for Goodwill Industries International and other second-hand stores as people give to the less fortunate and perhaps save a few dollars on their taxes.

But despite the good intentions, some critics say donating to second-hand stores only delays the inevitable final stop for many items — the dump. A new book, “Secondhand: Travels in the New Global Garage Sale” by author Adam Minter shines a spotlight on this issue, saying it begins with consumerism.

Minter writes that between 1967 and 2017, money spent by Americans on stuff has risen almost 20-fold. And one result of this half-century-long buying binge has been more and more trash.

Making matters worse, according to Minter’s research, is that Goodwill International only collected about 3% of the items tossed out by Americans in recent years. And, on average, Goodwill and other second-hand stores only sell about a third of the items that end upon their shelves, Minter has said.

This has led to criticism by environmentalists and others who decry the world’s growing textile waste problem. Yet, Minter said, Goodwill is part of the solution, not the problem.

“Goodwill plays a crucial role in keeping the rising tide of unwanted stuff out of landfills and incinerators,” Minter said in an email to KPBS. “Few organizations on the planet work so hard to extend the lifespans of everyday unwanted goods, and for over a century they’ve been successful at doing it.”

Local Goodwill leaders acknowledge the waste problem but say Goodwill Industries of San Diego County does everything it can to keep donated items from ending up in local landfills. On the Friday before Christmas, they gave KPBS access to the organization’s newest location in Chula Vista and its oldest store in City Heights.

Employees at the Chula Vista store were hard at work sifting through donations, including artificial Christmas trees. Within minutes, they have inspected the trees and placed them on the retail floor.

While the trees are in high demand this time of year, Goodwill San Diego’s communications director Darlene Cossio acknowledges that some things are unsellable. “ I recently saw a barbecue that was missing a leg that was heavily used that absolutely could not be sold at our outlet,” Cossio said.

Cossio disagreed with assertions regarding Goodwill items ending up in landfills. “That is not true. We really are good stewards of every donation,” she said. “And the great thing about giving all of your donated items a second life is that other people can put them to good use.”

Cossio says things given to Goodwill go through an exhaustive process before they are deemed unsellable. And last year’s sales kept 87-million pounds of goods from landfills, according to Goodwill Industries International’s website.

Another issue that Cossio says does not receive enough attention is the care Goodwill takes to properly dispose of things donated that they can not accept. “Hazardous waste has become a big responsibility for us disposing of it properly, and there are big fees associated with that,” she said. “So fluorescent light bulbs, batteries … any kind of weaponry or firearms.”

Ten miles away at the City Heights Goodwill on Home Ave., manager Keiliki Rodriguez likens shopping at Goodwill to a treasure hunt.

“Well, we offer great products at affordable prices. So our community members can treasure hunt and stay within their budget,” Rodriquez said, adding that the store gets significant foot traffic. “We see about 300 paid purchases a day.”

So far this year, Goodwill San Diego County has received 1.3 million donations. The number one donated item is clothing. While Goodwill shoppers are most often looking for small appliances and other kitchenware.