Veteran’s Day is a holiday on the anniversary of the end of World War I to honor US Veterans and victims of all wars.   As part of Goodwill’s mission to get people with disabilities and other barriers to employment jobs – our Veteran’s program helps them transition from military to civilian life.  Chris Kenniston, an Army Veteran, has been working at Goodwill Industries of San Diego County (GISD) since September 2012.

Before joining our organization, Chris spent four years in the Army 160th SOAR (Special Operations Aviation Regimen) as a crew engineer.  During his military career, Chris enjoyed Airborne School and was involved in the “remove and replace” part of aircraft light maintenance.  “I don’t think I would have ever jumped out of an airplane if I had not joined the Army, that is probably one of the most exciting things I have ever done,” said Kenniston.  “The relationships that were built during my time in the military are definitely some of the most important in my life.”  Many of the friends I made during that time, are still my friends today.

In his civilian life, Chris has decided to focus on his career and recognizes that in order to propel it into the future that he wants for himself, he has to go school.  He just completed his first semester and took Spanish and Interpersonal Communications.  He would like to earn his degree in Business Administration.  He enjoys networking and sharing our mission with other like-minded organizations.  He understands the power of collaboration and wants to make sure that he does the best possible job serving our mission.  He has mapped out a career path for himself; he would like to move into a coordinator position, followed by a management position.  He believes that his strong work ethic, ability to work well with others outside and inside of the organization and his compassion and commitment to our mission will serve him well as he sets out to achieve his goals. 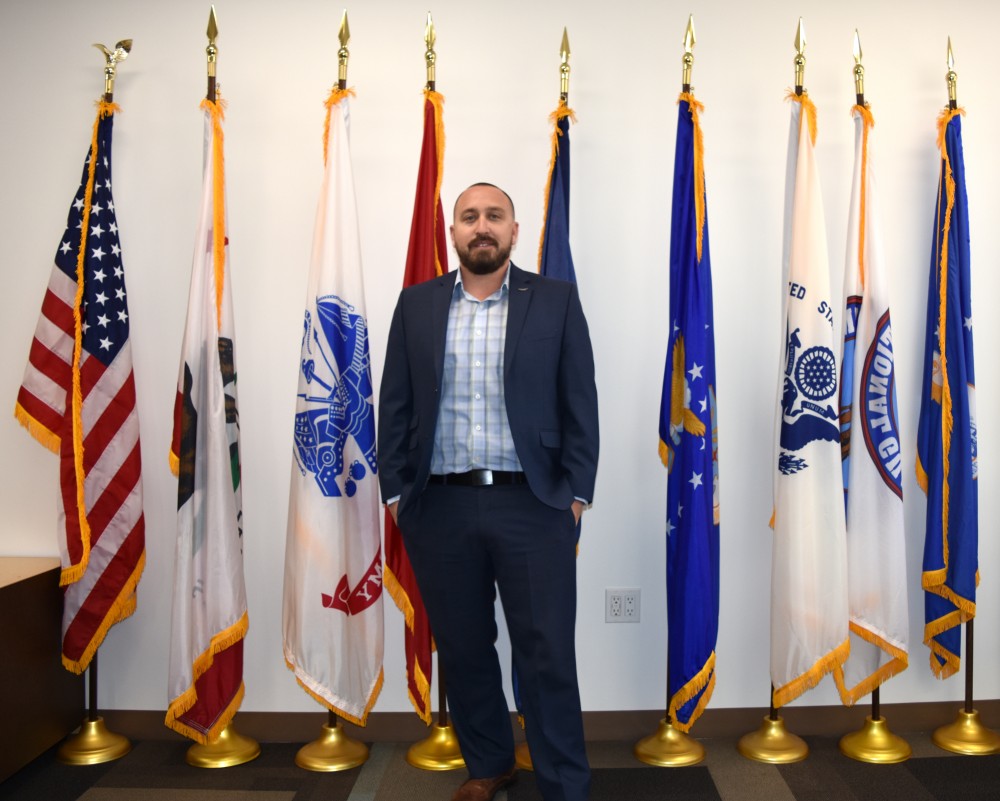